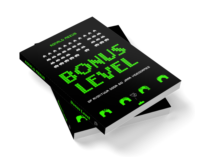 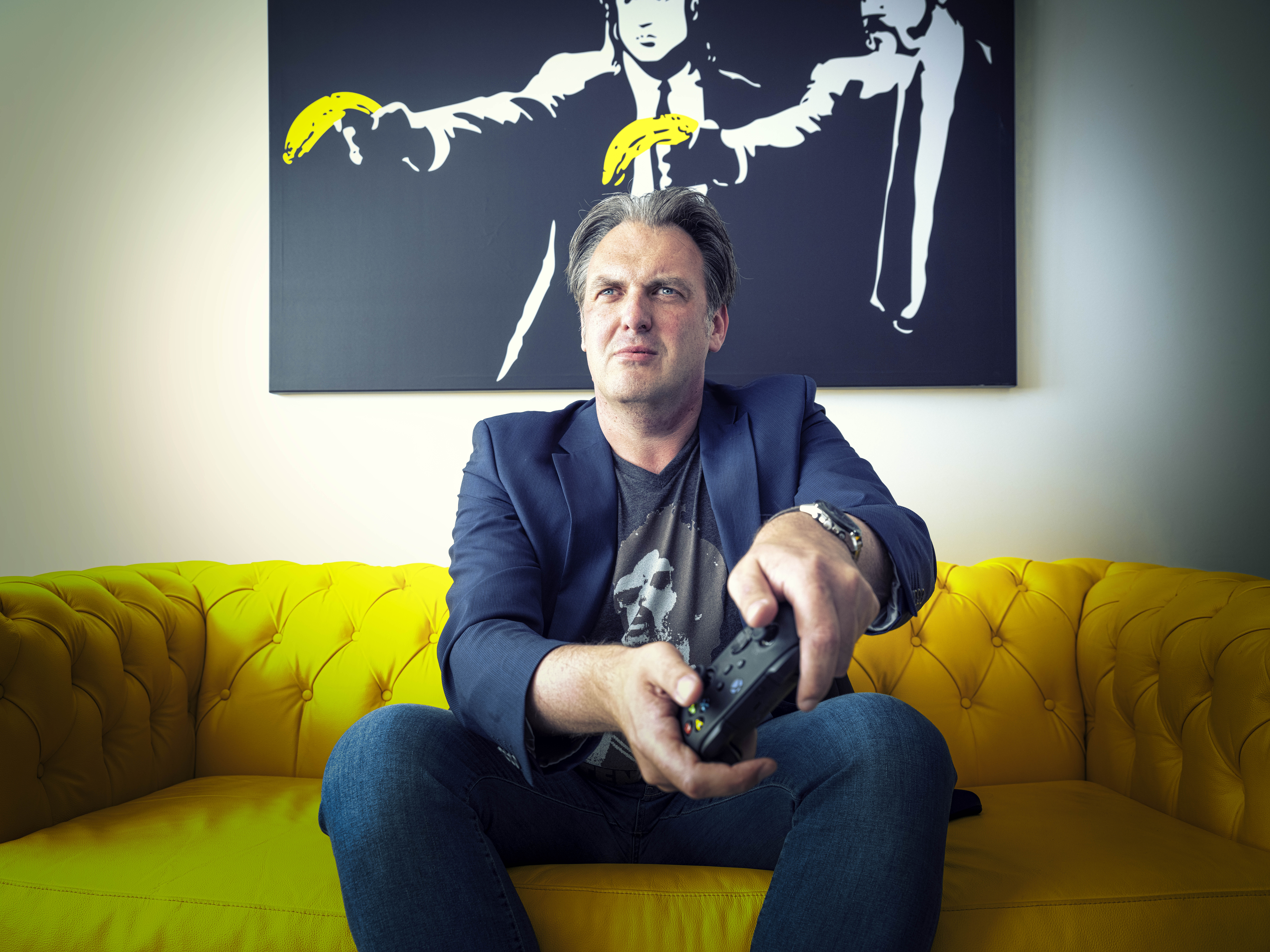 Wade Rosen is not here to save Atari

Atari is still as big a gaming brand as it’s ever been, its new CEO and majority shareholder says. Wade Rosen’s quest is now to link the pop cultural panache of this former gaming icon to relevant products again. Here’s the unabridged English text of an interview I conducted with him recently for an article in Belgian daily newspaper De Morgen.

How does a 35 year old tech entrepreneur want to become the saviour of an iconic gaming brand?

Wade Rosen: “I don’t pretend to be Atari’s savior. I’m not the hero. No one’s the hero. If anyone has to be the hero, then that means we’re failing as a company. You would have a non-functioning organization. We don’t want to be solely reliant on a single personality; We’re a team. What I saw in Atari was that it has a beautiful structural foundation, something we can build a company around.”

How big a brand do you envision Atari to be?

“The brand itself is still massive. It’s iconic, it’s as big as it will ever be. It’s still one of the most recognizable logos and brands in the world. The question is: how big can the business be? I think it’s a question of incremental growth and just taking it one step at a time. We don’t have to be the largest video game company in the world, or to compete with Sony and Microsoft and Nintendo. But I think we can do really innovative things and be a leader in the retro gaming space, on the pop culture side, on the specific things that people feel. When people think of Atari, they think of a very specific type of gameplay. We’re trying to own that. I want to see us do what we are known for really well, and then once we’ve done that, expand and grow beyond that. And move into other things, but not until we can establish that we can play well in our own backyard first.”

Well, then it does sound courageous to already have a hardware product out.

“The VCS is something that I’ve inherited. However, I do think that Atari is known both for its pop culturally relevant software and its hardware. Again, I also don’t think we can compete with Sony, Microsoft, Nintendo, and I don’t think there’s any real reason to try. But there’s been a lot of progress in the retro space over the last five to seven years. I don’t think it’s a fad. I don’t think it’s going to be something that will just disappear in another two to three years. Just like I don’t think our society is going to become less complex. Atari, as a brand, fits really well in that space. We can provide some scale and uniformity in it, deliver something meaningful to a lot of people. As our lives have gotten more and more complex, the demand for retro games – which are really just like going back to something a little bit more pure, a little bit more simple – has gone up.”

In terms of more modern games, how important is the indie movement for your brand? Because it did good for Nintendo’s Switch, for instance, which also doesn’t really compete with PlayStation and Xbox in terms of hardware.

“I’d say there’s more of a need in the retro space than there is in the indie movement because there are a lot of ways to play and access indie games. Also, the idea of what an indie game is is shifting in and of itself. At the end of the day, an indie game is usually a title that is very drawn to do specific things really well and appeal to, at least initially, a more niche segment of gamers. To some degree, that’s been how we’ve approached our premium game development. We haven’t tried to make a massive budget game and sell millions and millions of copies of it. Instead, we’ve tried to make games like Kombinera, for example, which is a beautiful puzzle platformer that’s so deceptively simple it could have been an old Atari game.”

What is the common tactic in looking at the massive volume of existing Atari titles to which you own the rights to and ‘Recharging’ them for your audience?

“Bits of that come from just general knowledge of Atari history, other bits from our personal tastes. For instance, I’ve been thinking a lot about bringing Dodge ‘Em (1980) back. I don’t know what the business case for it is, but it was a great title, a deeply underrated party game. So maybe we ‘ll do something with that. Also – and that’s one of my favorite parts of the job – we listen. We’re reading message boards. We’re kind of looking at what bubbles up from fan feedback. That’s how we decided to make Gravitar (1982) our next Recharged title. It’s not as well-known as some of the other ones, but it just kept coming up. It has such a loyal, kind of cult fan base. We’re pushing Recharged as a franchise: each game tries to maintain the initial core gameplay loop and the initial feeling of the original, but also expand the scope and drill deeper into the depth of the game. We’ve got three more Recharged titles lined up in the near future. And beyond that, we have no plans to stop.”

How do you see the VCS evolve?

“First, of course, other geographical markets than the U.S.A. We don’t have specifics on that now, but we’re committed to expanding the market. There are things about the VCS that everyone gravitates towards. The industrial design is something that we get a lot of compliments on. It harkens back to the original console. It’s both retro and futuristic, very Atari. It’s also something we can build on and continue to expand as we look at additional hardware. One thing we’ve learned is that we need to have a larger market product. The VCS is a mini PC, essentially. When you look at what’s in the box, it’s pretty extensive. It’s a fully-fledged Linux box. But we also probably need a product that has a lower price point to tap into a larger market segment.”

What are you seeing in your user base in terms of demographics?

They may get asked to ‘Name three games!’

“Yeah, like with Nirvana songs. They can always get one, after that it breaks down quickly. But generally, on the pop culture side, the Atari brand is still deeply loved and understood. Culturally, it’s transcended the actual video games. In terms of people who play, we’re still at a place where we really try to appeal to the core demographics, which is primarily Gen X, a little bit below that into the millennial generation, a little bit above that into boomers. We are seeing a shift to a larger demographic as we put out more of our original titles with a broad appeal, but we’re taking things one step at a time. We have to do what we do really well first before we start doing other things. So we’re making great Atari games first, and then we can start moving beyond that. By making these old games really accessible, so they can transcend generations.”

The original Atari company, in its time, was very strong in building new, innovative concepts. They tried screens built into a visor, wireless controllers – all of that in the early Eighties. What is your strategy in terms of innovation?

“I love the innovation that the old Atari used to do, like the wireless controller they tried in 1981. It didn’t work, it was terrible, but it was incredibly cool that they put it out there. Innovation is pretty important to us as well, but we’re trying to bring innovative concepts forward in areas that we can be a market leader in. We plan to do more innovative things in the retro space, for both the hardware and the software side. In terms of games themselves, we have some pretty innovative things that we’re going to be introducing, things that can span generations in video games, things like which I have never seen done. Some of those things will work, some won’t. But we aren’t going to take such large innovation risks that a failure would put the company in jeopardy. That’s partially why we focus on the market that we can own. We take measured and resourceful bets.”

Was there a singular event, an opportunity, in your motivation for restarting the brand?

“It just built up slowly over time. I realized the brand is still great. I saw these flashes of brilliance it had, it has been this incredibly futuristic and innovative and loved company. I saw this spark of innovation, and am now trying to turn that into a constant flame again. I want to build an organization with really talented people, that can grow the company upon these initial values of creation, innovation and fun. I want to build that into something that can be sustainable. All businesses have their ebbs and flows, but it doesn’t have to shine really brightly periodically and then kind of go away for another five or ten years. That’s the goal. To not lose that radiance that Atari used to have for a brief moment in time, and to have it be there for the long term. Sometimes, to do that, you have to go slow in order to go fast. If you don’t have the foundation in place, whatever you build will just crumble. So we’ve spent a lot of time putting that foundation and structure in place, building the scaffolding, and after that, we can just go. We can get on the rocket.”